The Ice at the End of the World 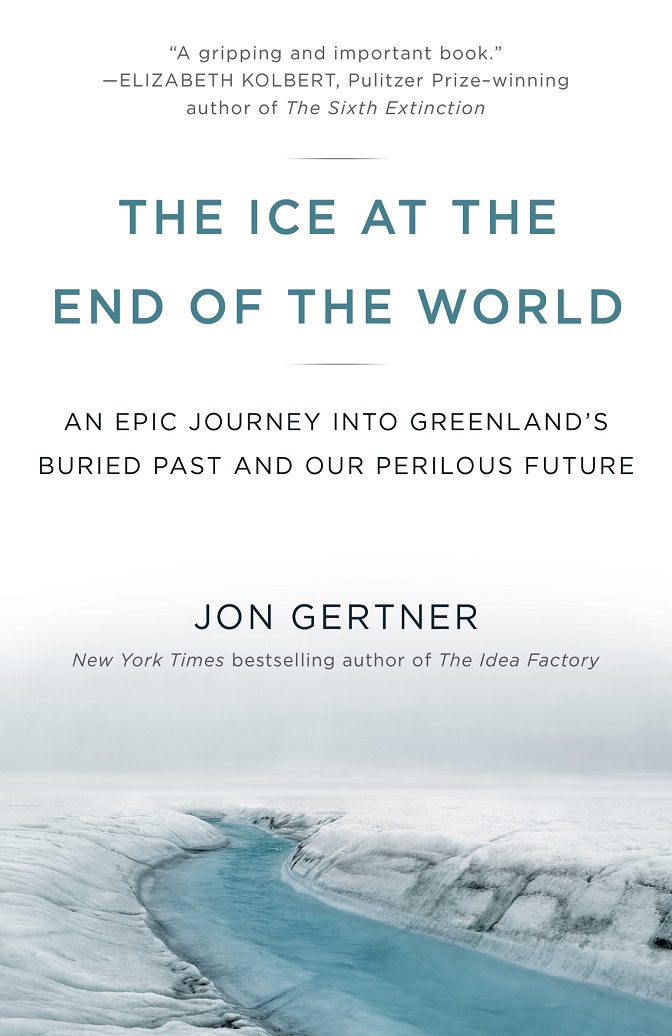 A riveting, urgent account of the explorers and scientists racing to understand the rapidly melting ice sheet in Greenland, a dramatic harbinger of climate change.

“Fascinating and encyclopedic . . . with prose so lucid it’s easy to overlook its elegance . . . Gertner manages a magic trick, transforming his hybrid book from one of physical to intellectual adventure.”

Greenland is a remote, mysterious island—five times the size of California, but with a population of just 56,000. The ice sheet that covers it is 700 miles wide and 1,500 miles long; it is composed of nearly three quadrillion tons of ice. For the last 150 years, explorers and scientists have sought to understand Greenland, at first hoping it would serve as a gateway to the North Pole, and later realizing it contained essential information about our climate. Locked within this vast and frozen white desert are some of the most profound secrets about our planet and its future. Greenland’s ice doesn’t merely tell us where we’ve been. More urgently, it tells us where we’re headed.

The Ice at the End of the World explains how Greenland has evolved from one of earth’s last frontiers to its largest scientific laboratory. The history of Greenland’s ice begins with explorers who arrived here at the turn of the twentieth century—first on foot, then on skis, then on crude, motorized sleds—and embarked on grueling expeditions that took as long as a year and often ended in frostbitten tragedy. Their original goal was to conquer Greenland’s seemingly infinite interior. Yet their efforts eventually gave way to scientists who built lonely encampments out on the ice and began drilling—one mile, two miles down. Their aim was to pull up ice cores that could reveal the deepest mysteries of earth’s past, going back hundreds of thousands of years.

Today, scientists from all over the world are deploying every technological tool available to uncover the secrets of this frozen island before it’s too late. As Greenland’s ice melts and runs off into the sea, it not only threatens to affect hundreds of millions of people who live in coastal areas. It will also have drastic impacts on ocean currents, weather systems, economies, and migration patterns.

This book chronicles the unfathomable hardships, amazing discoveries, and scientific achievements of the Arctic’s explorers and researchers with a transporting, deeply intelligent style—and a keen sense of what this work means for the rest of us. The melting ice sheet in Greenland is, in a way, an analog for time. It contains the past. It reflects the present. It can also tell us how much time we might have left.

Praise for The Ice at the End of the World

“A fascinating account of humankind’s exploration of Greenland, starting with late-19th-century expeditions like Peary’s and ending with modern scientific investigations of its icy mantle, which holds clues to the history and future of the Earth’s climate. Gertner couldn’t have chosen a better time to tell the story. . . [he] writes with verve and acuity . . . his narration of the expeditions is packed with absorbing detail.”

“A compelling case that it’s time to start thinking seriously about Greenland and its growing relevance to our lives, and those of our descendants.”

“Gertner’s excellent book is a must read for those who are curious about the history of exploration and the pursuit of science. . . .”

“Engrossing. . . These scientific mysteries and discoveries become, in Gertner’s hands, part of a geological detective story.”

“Jon Gertner takes readers to spots few journalists or even explorers have visited. The result is a gripping and important book.”

“Penetrating and engrossing . . . a captivating, essential book to add to the necessarily burgeoning literature on global warming.”

“Remarkably thorough . . . a fascinating chronology of scientific endeavor and discovery. . . . This is vital reading for anyone interested in how climate change has already affected the Earth, and how it might do so in the future.”

“Gertner demonstrates the same excitement for scientific exploration as for the adventures of early polar explorers . . . There’s something for everyone here: adventure, the Cold War, science, and [an] analysis of how melting ice sheets will influence future climates.”

“The Ice at the End of the World is a masterpiece of reportage and storytelling. What Gertner has found on Greenland’s remote glaciers is a harrowing tale of extremity and survival, as well as a harbinger of our own precarious future here on earth. Equal parts science, adventure, and history, this important book is a revelation, one that lingered for me long after turning the last page.”

“Jon Gertner guides us on a perilous and fascinating journey to the remote island that lies at the epicenter of our understanding of climate change. With compelling prose and lucid scientific explanation, he tracks the explorers and scientists who, over two centuries, have tried to fathom the immensity and mysteries of Greenland’s inland ice. Both enlightening and disturbing, The Ice at the End of the World takes us on a gripping adventure into the thawing heart of global warming.” 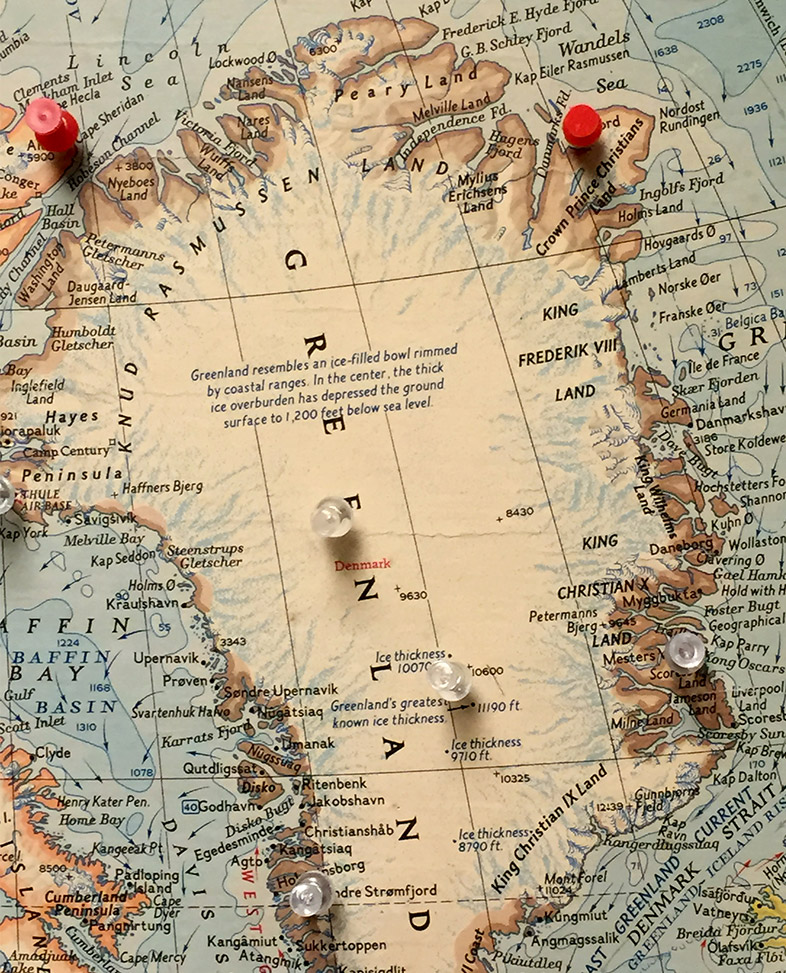 Today, scientists from all over the world are deploying every technological tool available to uncover the secrets of this frozen island before it’s too late. As Greenland’s ice melts and runs off into the sea, it not only threatens to affect hundreds of millions of people who live in coastal areas. It will also have drastic effects on ocean currents, weather systems, economies, and migration patterns.

If the Greenland sheet melts